Little did 10 year old Marcus Smith know that when performing in his ‘play in a day’ when in Year 4, a year later he would be filming in the South of France with Benedict Cumberbatch and the rest of the Patrick Melrose cast.  Marcus is playing Robert Melrose, Benedict Cumberbatch’s onscreen son and will be seen in episode 5 on June 10. 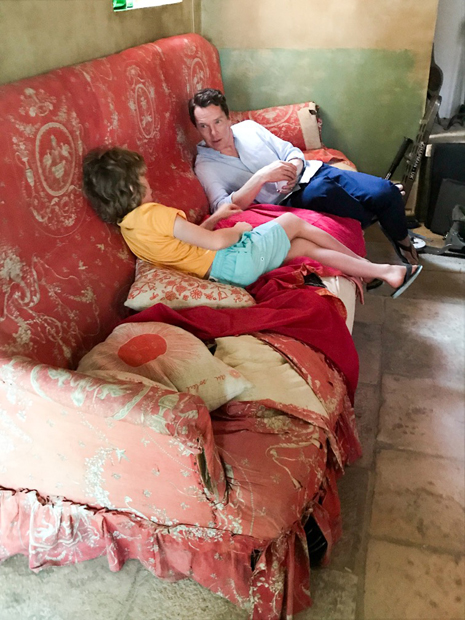 Marcus was spotted by casting agents who came and watched him in 2016 during his drama class at Chandlings.  He and his twin brother Ethan attended several auditions in London over the year and Marcus was chosen from hundreds of hopeful boys. The final audition was down to five boys in front of the director and an acting coach, after which Marcus got the call. Ethan also joined on the set and played Marcus’ stand-in for one of the episodes.

Apart from the thrill of having a chauffeur driven car, his own trailer, spending 3 weeks in Provence, Marcus’ favourite part of the whole experience was, "Meeting so many famous people and finding out what they are really like.  Benedict Cumberbatch was so nice and not like Sherlock Holmes at all!’, “It was hard work”, Marcus went on to say “but everyone was so kind and it was great fun.”