Years 1 to 6 took part in Oxfordshire’s 'Big Science Event' which has now grown to involve over 100 schools and a massive 13,000 pupils across Oxfordshire and Buckinghamshire. The aim of the competition was to encourage children to devise, carry out and communicate science questions that interest them. Pupils worked in small teams in their Science lessons to plan and carry out their investigations. Each group produced a poster based on their investigation. 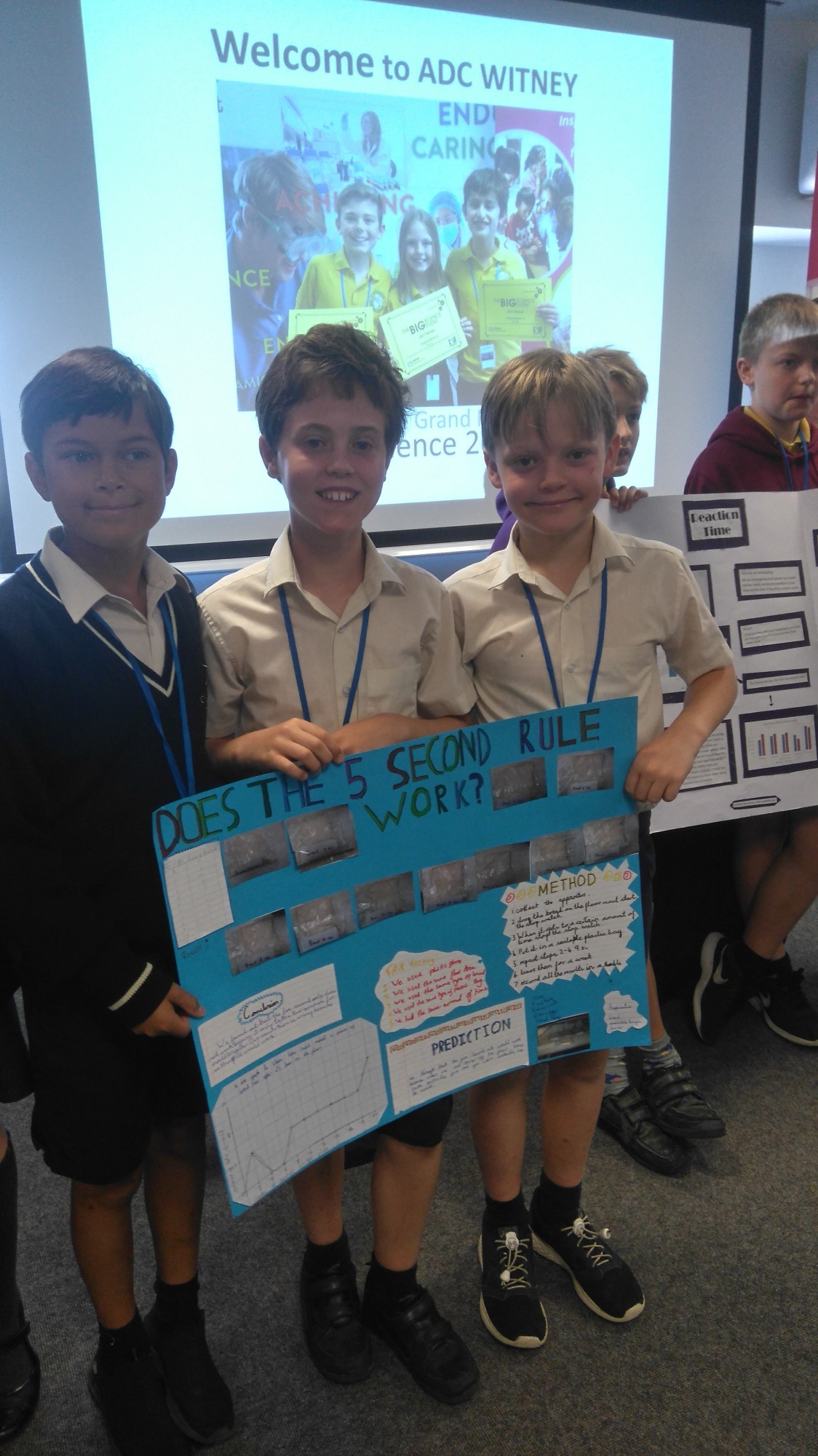 Three boys from Year 6 reached the final and went along to Abbott Diabetes Care who hosted the event.  They enjoyed a fun-filled day packed with a variety of scientific experiments before presenting their poster and project to the judges from Abbott Diabetes Care and The Oxford Trust.